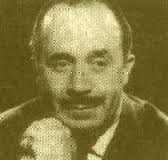 Mr Frank Berni, was an Italian with a great spirit of patriotism, who in
1970 came to live in Jersey. Together with his brothers Aldo and Marco,
he had created in the UK a chain of restaurants, called "Berni Inns",
which became very successful and made him a well to-do man . Mr Berni,
was a man of great generosity, and he loved to help people, specially
needy Italians. In those days, in Jersey, there were aprox. 3000
Italians, so there was always someone who necessitated help. The
consular agent in those days, was Commendatore Luigi Forte, who was
helping people whenever he could. Comm. Forte and Mr Berni knew each
other and so Mr Berni started donating some money every year for Comm.
Forte to help the needy, a feat that was of great help in those days.
After the earthquake in Friuli in 1976, the Italian community created the
Circolo Italiano, so that it could represent the whole community, and
divulge news of importance to everybody. It was than, that the moneys
given to Cmm. Forte by Mr Berni to assist the needy in the Italian
community were transferred to the Circolo Italiano, so that it could
take over the task of helping the needy, and it was a wish expressed by
Mr Berni that the Circolo organised a Christmas party for the children
of Italian nationals. The event became so popular, that not only the
children but also the rest of the family began to take part, and that is
the Christmas party that still takes place every year and is almost
always oversubscribed.
In 1991, it was decided with Mr Berni and his accountants to form a trust
to administer the funds donated by the Berni family and so the Berni
Italian Charitable Fund was incorporated. The trust is composed of five
trustees: three selected from the committee that runs the Circolo
Italiano, and two independent individuals. Any decision has to be agreed
by four trustees, so neither the Circolo Italiano nor the independent
trustees can make a one sided decision. This, in a nutshell is the
history of the Berni Italian Charitable Trust.